“When any one of us chooses to listen to another, and then responds with kindness, offering hope born out of our own experience of struggle, we reveal the wisdom of God.“

A good question to ponder this Advent is: How do we come to know the wisdom of God?

In one Advent Gospel reading, Jesus teaches that “Wisdom is vindicated by her works.” Perhaps this means that to understand the wisdom of God we must see it in action. For example, when hope is offered in the face of despair. Or when suffering becomes the birthplace of kindness. Or when vulnerability is a strength.

On the day I interviewed for a fundraising job at Catholic Charities of Oregon, I unexpectedly witnessed the wisdom of God being revealed. My mind takes me back to that morning when I sat on the big orange couch in the lobby of our headquarters in Portland before being called up to the fourth floor for the interview.

There were two women already sitting on the couch when I arrived, and I was relieved to get a moment to collect myself. As I sat down, I took a deep breath and smiled in greeting at my companions on the couch. I will never forget what happened next.

The younger of the two women said she had come to Catholic Charities in search of a place to take a shower. She had been homeless for only three days. She was now living in her car but was hopeful because she had a lead on an apartment. “Can you get a shower here?” she asked, directing the question toward the other, older woman, who was looking for something in a bag that sat in a metal rolling shopping cart stationed next to her. “Uh-huh” was her distracted and slightly gruff response.

Unphased by her lack of attentiveness, the younger woman continued. She said that she had grown up Catholic so coming to Catholic Charities felt humbling but also comforting, despite how scared she felt in general. As she shared more, I noticed a change in the older woman as she visibly softened and began listening attentively. The older woman then became quite sisterly as she said, “I’ve been coming here for a while, and this is a good place to come. You can shower and even do laundry. You can also get a case worker here.” After a pause, she continued, “And when it’s your turn to shower, ask for your own bar of soap. They have those little bars of soap, like the ones from a hotel, and if you ask, they’ll give you one.” Again, she paused, and then she finished her thought with, “They’re kind here. You’re going to be ok.”

I came a bit closer to knowing the wisdom of God because of what I witnessed on that day of my interview. When any one of us chooses to listen to another, and then responds with kindness, offering hope born out of our own experience of struggle, we reveal the wisdom of God. In the Gospel, we are reminded to pay special attention to works that justify and reveal true wisdom and love.

This story was recently featured in the Catholic Sentinel. 12.17.21 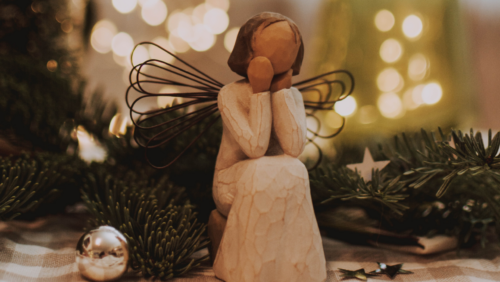 The season of Advent is one of darkness and waiting. We contemplate our holy longings for wholeness and peace. We yearn for God to appear in our everyday lives. We sing “O Come O Come Emmanuel” with trust that God enters our world again and again, making whole all that is broken, through love. Our…
Read More 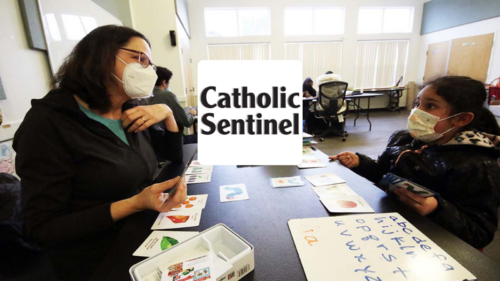 Catholic Charities of Oregon would not be able to serve our mission without our robust community of compassionate volunteers. We are so grateful for individuals who have a heart for this work and give of their time and talent to support our clients and staff. Many challenges in volunteer coordination have presented themselves during the…
Read More

Our center for volunteerism provides meaningful opportunities for people to engage with Catholic Charities of Oregon and their communities. By giving their time and energy in service to others, volunteers help make our mission possible.
Learn More 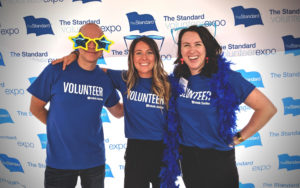