BIA Accredited Representative Long Ba Nguyen is retiring at the end of June after 42 years at Catholic Charities of Oregon. Yes, 42 years! What an incredible tenure with the agency.

Long is from Vietnam and came to the United States in January 1979 as a refugee.

“I used to work for the South Vietnamese Army. When the North Vietnamese communists took over South Vietnam, they did not allow us to continue to work, and we were kicked out of the city. I had no way to support my family at that point,” Long shared. “My family and I fled Vietnam and went to Malaysia into a Refugee camp. From there, we sought assistance from the U.S. Embassy and were interviewed in order to come to the U.S. as refugees.”

When Long came to the U.S., Catholic Charites of Oregon sponsored his resettlement. Our agency helped him rebuild his life here in Oregon, as Long recounts, “Catholic Charities helped me apply for jobs and I received an orientation about what my new life would be like in the United States.”

Two months later, in March 1979, he started working at Catholic Charities of Oregon.

Long’s first role was with the Catholic Services for Children program—Catholic Charities of Oregon’s first refugee program that has since evolved into our current Refugee Services program. The program helped minors in refugee camps without their parents to resettle in the United States. The children were not allowed to be in the refugee camps unaccompanied, because it was not safe for them, so they had to find another way to come to the United States. The Catholic Services for Children program helped sponsor those children.

Catholic Services for Children also provided minors with food, housing, and clothing until they finished high school. First, however, the program needed to find them all temporary homes. Even though they had parents (although not in the U.S.) they could not be officially adopted. Long and his wife stepped up to fill that role and became foster parents for a total of 75 children.

Each day, Long worked to resettle and place refugees in homes, including assisting with paperwork and searching for housing. In July 2011 Long began working in Immigration Legal Services and will retire next month as a BIA Accredited Representative.

Today, Long is a representative for immigrants and assists them with their appeals. Long shared that what immigrants and refugees need most when they come to the United States is help with being reunited with their families. “It can take years,” he said. The paperwork Long files as a daily part of his job directly helps reunite families. “I enjoy it,” Long says. “I am happy to be there for them.”

Long says that refugees and immigrants are resilient considering what they have to go through to come to the United States and then what they have to overcome when they arrive. One of the main barriers for refugees and immigrants is learning about the culture of their new home. “Vietnamese culture here in the United States is different. Step by step, I show my clients how to assimilate. I teach them how to apply for a job, apply for a credit card, receive food stamps, get a medical card, and apply for a social security card. I’ve even helped people learn how to drive a car, because in my country [Vietnam] people travel by bicycle, motorcycle, or bus. It’s even different for the children here too. For example, children don’t eat lunch at school, but in the United States they do—a small change, but something that can mean a lot to a child.”

Since first starting with Catholic Charities of Oregon in 1979, Long has helped bring more than 10,000 refugees to the United States.

When asked why he decided to work for Catholic Charities of Oregon all those years ago, Long has a simple answer: “Because I am a refugee too.” He further expanded, “I know what happened to them, especially if they were living in Vietnam. They had to escape, and a lot would have had to go to refugee camps. Some might have even been jailed. They cannot get a job and face many other adversities. I understand them.” What kept Long at Catholic Charities of Oregon for the past 42 years is also a simple answer: “Because I like to help people.”

When asked about his favorite memory of working at Catholic Charities of Oregon, Long says the 75 children he is a foster parent to. With a big smile on his face, Long shared how each of these children has grown into wonderfully accomplished adults, all getting jobs—some working as CEOs or at NGOs—and one even becoming a lawyer. Long smiled when he shared how his former clients will sometimes stop him on the street when they see him out in Portland: “Mr. Long, you helped me…do you remember me?”

Long made an immense impact in the lives of so many people, and Catholic Charities of Oregon will be forever grateful for his service. Because of Long, the United States is a welcoming place for refugees and immigrants—a group of people who bring immense contributions to the economy, diversity, and social fabric of our country.

In retirement Long plans to spend his time with his wife and four children, three of which live in Oregon and one in Nebraska. Thank you for your dedication to those in greatest need, Long! We wish you well and a relaxing and enjoyable retirement. 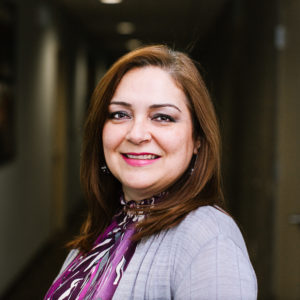 Sandra Perez, Director of Asset & Facilities Management of Caritas Housing at Catholic Charities of Oregon, talks about the resiliency of the wildfire survivors in Medford, Oregon, the challenges they still face, and our agency’s efforts to provide ongoing legal services, financial relief support, and trauma-based counseling to the individuals and families impacted by the…
Read More 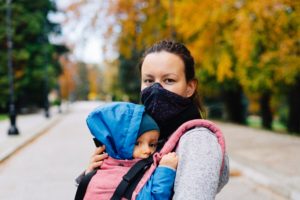 Founded in 1996, our Immigration Legal Services division works to protect individuals and maintain and reunify families in need.
Learn More 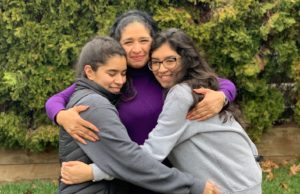